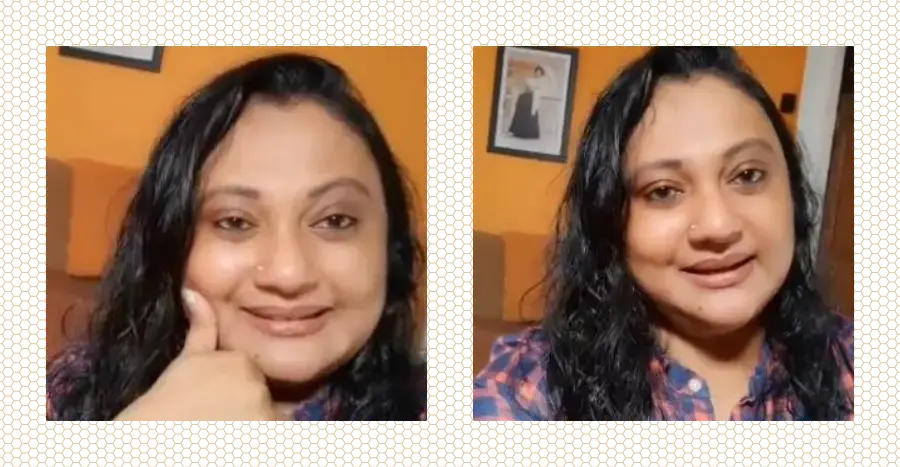 Veteran actress Damitha Abeyratne has come live on Facebook and commented on a false rumour circulating on social media recently. It was reported that Damitha was expecting twins and was preparing for it. Damitha Abeyratne says it is false news.

'Yes, I am a woman who aspires to be a mother. I will get it if I have to. But this is bad news. The fact that a person is born and dies is not a joke. Why not find out before posting such sensitive issues? How many people have been killed due to such misinformation in the recent past? It does not appeal to those who want to earn from these.

This news is not spread by people who do not know me. Some people don't like it when I get a job after a while. When someone tells a lie, others copy it and add more stuff. These are not good works. In a country where there are good journalists, social journalists have degenerated to the point where they can make money on lawlessness. I can't imagine why people would be tempted to do such a common thing. 'Following is the story of Damitha, who came live on Facebook

New US Ambassador ready to cheer for Sri Lankan cricket

February 22, 2022
The new US Ambassador to Sri Lanka, Julie Chung, an American with a certificate of South Korean descent, addressed Sri Lankans in a particular statement:
Post a Comment
Read more